I Wonder As I Wander

This solo ios plaintive throughout as it begins with a simple melodic motive. The first verse is simply stated in the solo while supported with broken chords in the piano. The second verse is much like the first but the piano not supports the tune with gentle punctuations. The third verse is in the piano while the solo line produces a ebb and repose obbligato- the two line join together in a dramatic cadence and then settles down to a quite repose where the piano continues in a solemn flavor. The final statement in the solo is much like the first where it is joined with moving scale patterns in the piano. The two players sweep upward one last time to then settle down into solemnity. 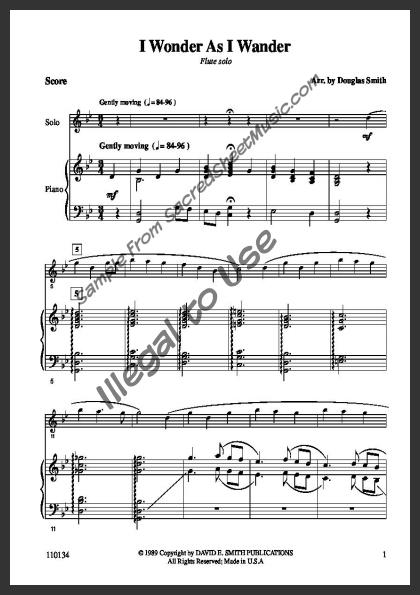 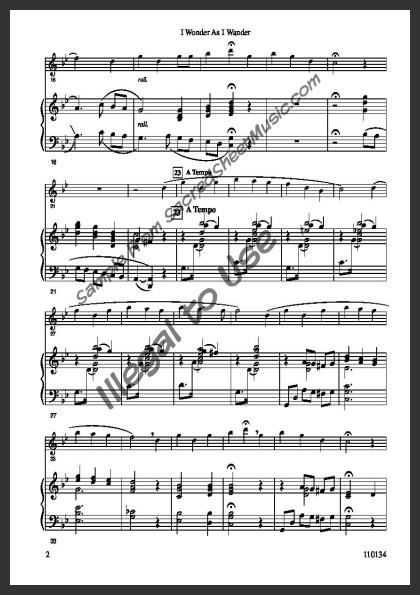 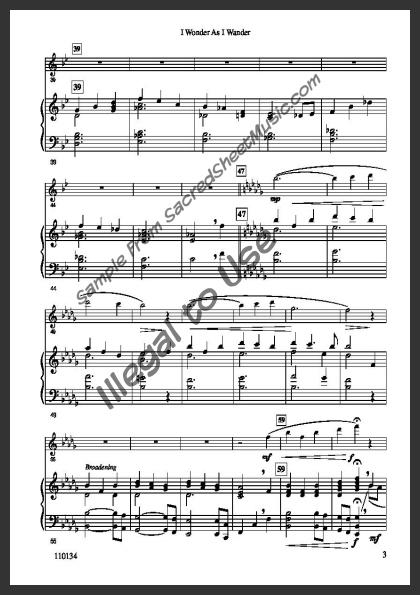 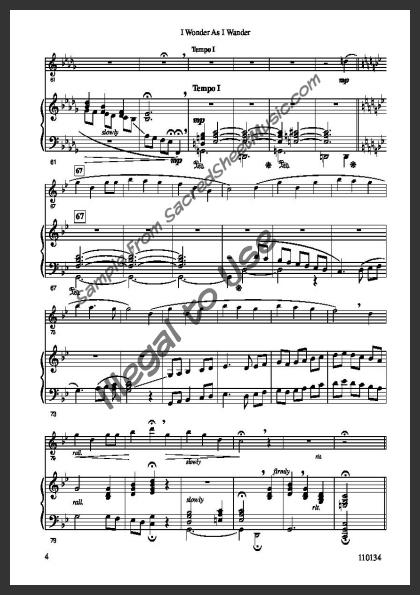 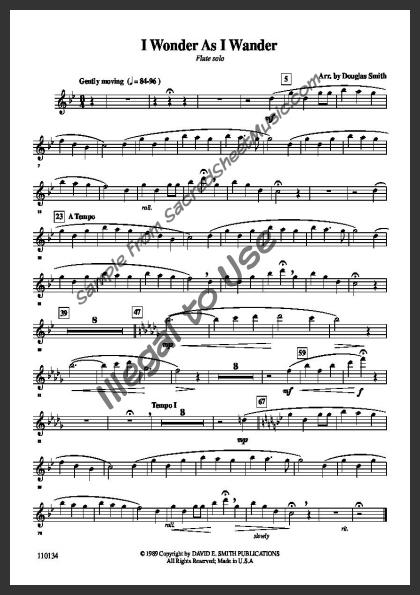